Michael A. Smith, born in Philadelphia in 1942, has been working in photography since 1966. Less than a year later, in 1967, he began photographing exclusively with an 8x10-inch view camera, committing himself to the contact print. Later he added both an 8x20 and an 18x22-inch view camera.

During his second year as a photographer, he began teaching his own seminars and workshops, but after seven and a half years, he stopped teaching to dedicate himself solely to the making of his photographs.

His photographic journeys during the past forty-nine years have taken him to every state in the continental United States, western Canada, Mexico, and Europe. The results of these remarkable odysseys are included in the permanent collections of over 125 museums in the United States, Europe, and Asia, including the Metropolitan Museum of Art and the Museum of Modern Art in New York, Art Institute of Chicago, Bibliothèque Nationale, Paris, Stedelijk Museum, Amsterdam, and the Victoria and Albert Museum, London.

His commitment to the medium has resulted in over 200 exhibitions. In addition, he has twice received fellowships from the National Endowment for the Arts, and he has been the recipient of major commissions to photograph five American cities.

In 1981, Smith’s first book, the two-volume monograph, Landscapes 1975–1979, was awarded Le Grand Prix du Livre at the Rencontres Internationale de la Photographie in Arles, France. At that time, the Swiss publication Print Letter commented, “For the first time in the eleven years of the Rencontres, a deserving book has won the book prize.”

In 1992, Smith was honored with a 25-year retrospective exhibition at the International Museum of Photography at the George Eastman House in Rochester, New York. To mark the occasion, Michael A Smith: A Visual Journey—Photographs from Twenty-Five Years was published.

In 2008 he was commissioned to photograph Chicago, and a book of his Chicago photographs was published in December of 2009, Chicago: Loop.

Two books will be published in the spring of 2015, Iceland: A Personal View—Volume II and Ocean Variations.

He is currently at work on a series of portraits: INMATES at Sheriff Joe’s Maricopa County 4th Avenue Jail. 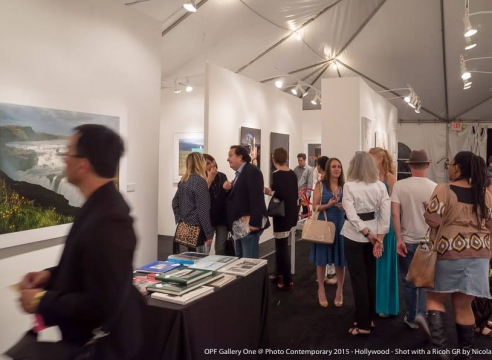